Balochistan will be main beneficiary of China-Pakistan Economic Corridor 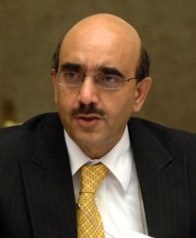 The China-Pakistan Economic Corridor (CPEC) is not a single road. Instead, it is a network of opportunity which will spur the growth of industrial zones supported by energy plants, connecting Kashgar in China to Gwadar. Balochistan should be the primary beneficiary of the project. Khyber Pakhtunkhwa will also benefit from it as there is no discrimination against any province. These were some of the points canvassed by Masood Khan, Director-General of the Institute of Strategic Studies, Islamabad and Pakistan’s former permanent representative to the United Nations in a lecture titled ‘Pakistan: security challenges and opportunities’ in the library of the Pakistan Institute of International Affairs on Wednesday.

Before his talk, Mr Khan expressed his sadness at the tragedy that had taken place in the city in the morning in which 43 members of the Ismaili community were murdered in a bus. He termed the dastardly act “a sad day in our history”. Mr Khan commenced his lecture by focusing on national security underlining four important things — ideology of Pakistan, sovereignty and territorial integrity, social and economic development and development of democracy. Drawing parameters for that he said, “national security is human security,” a synthesis of aspirations and intentions of the people of Pakistan where “people are the centre”. National security, he said, depended upon internal and external environments.

Highlighting the internal factors, he said terrorism was an immediate and existential threat while extremism, ethnic and religious violence, insurgency in some parts of the country and syndicates of transnational and regional crimes too fell into that category. He raised the question whether Pakistan’s ideology was under threat and replied himself, “Yes”. Validating his answer, he mentioned the sources from where the threat was imminent — countries that had not accepted Pakistan and forces within Pakistan who either did not want its ideology as it was conceived before 1947 or wanted a different interpretation of it. The latter included violent extremists as well as ultra liberals. Sovereignty was also under threat, from time to time, as drone attacks were one manifestation of it, he added.

Speaking on the external elements, he touched upon neighbouring countries. He said volatility along the Line of Control was an issue; Jammu and Kashmir was a disputed territory and India and Pakistan had different opinions on it. There was conventional asymmetry between India and Pakistan, but Pakistan’s “nuclear deterrent is effective”. He called Iran a conundrum as there was a “simmering-down” when it came to the nuclear issue, but “heating-up” vis-à-vis Yemen. He claimed operation Zarb-i-Azb was succeeding because security forces were taking on extremists throughout the country. However, he admitted, the success was partial. Democracy, he commented, and democratic institutions were yet to take root.

Mr Khan said Pakistan’s relations with China were strengthening, and referring to the ‘one belt, one road’ project he called it a “grand plan”.

Expanding on the friendly ties between the two nations, he remarked, “Poetry is as important as prose.” Describing poetry he said “our friendship was higher than mountains and sweeter than the sweetest honey, etc” and explaining the latter identified economic and political transactions as its components. He said the CPEC was going to happen and Pakistanis should prepare themselves for it. He described it as a win-win partnership. In order to remove other nations’ misgivings, he asserted, “We want to steer nations away from competition to cooperation.” He stressed that the corridor was not one road, but a network, which would enhance Pakistan’s capacity in different sectors of development. “It would have a profound impact on the economic growth of Pakistan,” he said, calling it a destination and a pathway for many services.

On the subject of India, Mr Khan said since 1971 Pakistan had made many overtures to India most of which had gone wasted. By and large, Pakistan had been proactive but India had never wanted Kashmir as an item on the (negotiation) table. He mentioned the impression was that Pakistan was guilty. Hypothesising, he argued even if Pakistan capitulated on Kashmir, India’s hostility would remain. “Modi will continue with his aggressive posture against all his neighbours,” he said and advised that:

Pakistan should deal with India with dignity. Don’t go back on Kashmir even if India is reluctant or evasive about it.

With reference to Pakistan-Afghanistan relations, Mr Khan said they had entered a new phase. Pakistan reciprocated president Ashraf Ghani’s warm gestures, making a fresh beginning because now there were “no good or bad terrorists”.

He also briefly talked about the positive economic indicators suggesting it was a good time for Pakistan, adding that owing to the CPEC confidence of the world in Pakistan’s economy had grown.

Drawing the audience’s attention to Pakistan’s strengths, he said it had a geo-strategic importance, operation Zarb-i-Azb was succeeding which had made a major difference and democracy was taking root. He said some people believed that terrorism should be eliminated from society first after which efforts should be made for economic growth. In his opinion, it could happen simultaneously.

After the lecture the floor was opened for a question-and-answer session. Replying to a query on provinces’ reservation about the CPEC, Mr Khan said it’s not a single road or one link but a network; an access was being developed which would cause a mushroom growth of industrial zones, connecting Kashgar to Gwadar. He clarified that Balochistan would be the primary beneficiary of the project; KP would too benefit from it:

Some would be early harvest projects while others would reap dividends later.

If he makes an overture it’s bound to succeed. To what extent, I don’t know.

Responding to the question on Pakistan’s involvement in the current Middle East crisis, he said it was a millstone around our neck. We should have invested in economic policies there. It’s our prerogative to pursue a balanced foreign policy in the region. He predicted:

The situation in the Middle East is likely to deteriorate.

Further coverage of the event by Anil Datta of the News is available below which looks into potential improvements to corporate culture in Pakistan via the CPEC.

India not responsive to Pak overtures

These views were expressed by Masood Khan, director general of the Institute of Strategic Studies, Islamabad, formerly Pakistan’s permanent representative at the United Nations and ambassador to China.

He was addressing the media, academics and members of the Pakistan Institute of International Affairs (PIIA) on Wednesday evening. The subject of his talk was, “Pakistan: security challenges and opportunities”.

Khan cautioned against Pakistan capitulating on Kashmir and said that even if we did so, hostility between the two countries would continue to be there.

Modi, he explained, would continue to be aggressive. Pakistan should relate to the issue with dignity and refrain from softening its stand on Kashmir. Both countries should exercise restraint as regards the nuclear option.

He said national interests were the keystone of Pakistan’s actions and any policy it formulated must have the interests of the people as the supreme criterion.

Khan argued the four cornerstones of our policy were: ideology, sovereignty, socio-economic development, and democracy.

Pakistan, he said, had been the victim of instability and that:

We must have a comprehensive response to that. Terrorism today is our chief dilemma.

Next, he cited violent extremism, ethnic/religious violence and transnational and trans-regional crime. He agreed that democracy was under threat and democratic institutions had still to gain a foothold.

He said Pakistan faced hostility from various quarters for the following reasons. These could be summed up as: different shades of ideology making inroads into Pakistan; secessionist tendencies, often foreign inspired; Western neo-liberal standards; the perennial secularist versus theocrat debates; drone attacks which were a brazen violation of Pakistan’s sovereignty; economic imbroglio; wide difference in national discourse; and security operations not fully succeeding.

He was of the view that the turbulence in the Middle East would affect Pakistan. He was highly optimistic about the China-Pakistan Economic Corridor (CPEC) and said it would have a profoundly positive effect on Pakistan’s economy and well-being.

Khan said it would connect China with Europe through Central Asia and that:

It will be the pathway and destination of goods and the latest in technology. It will create a new, positive corporate culture in Pakistan.

He disagreed with a questioner who had apprehensions about Pakistan being swamped by an alien culture with the constant flow of traffic between China and the west through Pakistan, and said Pakistani culture was rich enough to stand on its own.

If at all, a new corporate culture would make inroads into Pakistan which would have beneficial effects, he added.