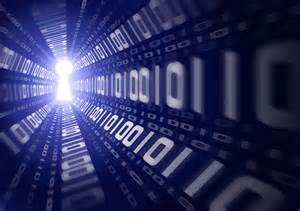 The internet has transformed our lives. We rely more on the internet than any other invention. It has transformed the whole world with a network of three Ws (World Wide Web). Any modern society has computer systems linked to the internet, which controls and regulates transportation, communication, banking, power stations, air-traffic control systems, military systems and economic systems. There is no doubt that vast benefits have been reaped from the development of the internet. But the downside is quite apparent. Consequently, the spread of internet technology has exposed the user to digital or cyber attacks.

Cyber attacks are not only carried out by individuals or group of hackers independently, but reportedly many states have cyber armies or groups of cyber security experts to counter or perform cyber attacks on another state. Such an action by any state falls into the category of cyber warfare. In his book Cyber War U.S government security expert Richard A. Clarke defined “cyber warfare” as “actions by a nation-state to penetrate another nation’s computers or networks for the purposes of causing damage or disruption.”  Also, it can be regarded as an umbrella term which includes cyber attacks, cyber espionage and sabotage. END_OF_DOCUMENT_TOKEN_TO_BE_REPLACED

In South Asia, including Afghanistan, women have suffered for centuries from the punishments meted out to them by their communities and male relatives. In spite of the impressive gains women have made in participating in public life and occupying public space in Pakistan, incidents of brutality and discrimination against women surface from time to time. Many of these incidents have their roots in practices flowing from the decisions made by the tribal and feudal jirga systems. The judgments and verdicts of these jirgas, which are parallel justice systems operating outside the civil and criminal  courts, were honoured even by the British who prided themselves on their sense of social justice, and have not been stamped out  either by democrats or dictators. In some parts of the country, panchayats serve the same purpose as jirgas.

Traditionally, jirgas have been considered convenient instruments of resolving inter-tribal and inter-community disputes, evolving a consensus on issues of political importance and helping governments to enforce their writ to whatever extent. We have seen how jigas have been mobilised during the Afghan conflict. END_OF_DOCUMENT_TOKEN_TO_BE_REPLACED