War on Terror and Post-Operation Measures in FATA 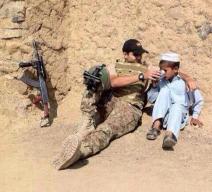 Rampaging terrorism and bubbling militancy have menacingly plagued Pakistan since 2001. Parliamentary Secretary of Interior, Mariyam Aurangzeb, explained on 5 December 2014 that more than 50,000 people including army, police, and civilians had lost their lives in the war on terror, and the country had also lost 80 billion US dollars in this war. Before the ongoing military operation Zarb-e-Azb, the government was sincerely immersed in perusing peace talks with the Tehrik-i-Taliban Pakistan’s (TTP) leadership but then out of the blue seven gunmen affiliated with the TTP conducted a terrorist attack on the Army Public School in Peshawar on 16 December 2014 killing 145 people, including 132 school children aged between eight and eighteen years.

At that critical juncture, both the civilian and military leadership agreed to vigorously conduct a counter-terrorism and counter-militancy operation against terrorists aimed at permanently flushing out terrorists of all strides particularly the outlawed TTP. The first year of the operation was completed on June 15, in which Pakistani security forces cleared the North Waziristan tribal areas. According to Inter Services Public Relations Director General, Major General Asim Saleem Bajwa, since the launch of the operation 2,763 terrorists had been killed and 837 of their hideouts had been destroyed (with 253 tonnes of explosives recovered). On the other hand, 347 army officers and soldiers were martyred in the operation. END_OF_DOCUMENT_TOKEN_TO_BE_REPLACED

Jinnah and his Young Admirers 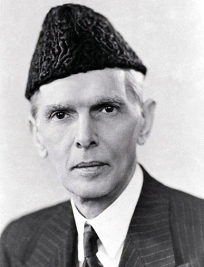 Jinnah could be kind to children. His reserved nature probably prevented him from making physical gestures of warmth and his affection may have been imbued with sternness. That he was devoted to his daughter, Dina, is borne out in all accounts of his life. She grew up in his homes in London and Bombay where she spent time also with her mother’s family, particularly with her indulgent grandmother. Jinnah denied Dina nothing, just as he had denied nothing to his wife, Ruttie. In London, she would coax him away from his briefs and persuade him to take her to pantomimes. She would lovingly address him as ‘Grey Wolf’ after the biography of Kemal Ataturk which he had urged her to read.

Despite his unhappiness with her marriage to a Christian, the bond between them remained strong. In her letters to Jinnah, written on the eve of Partition, Dina addresses her father as ‘Darling Papa’. The contents of the letters, apart from her concern about the sale of South Court as his house on Malabar Hill was known, are full of mundane matters which she apparently felt confident enough to write about. There is no record of how frequently she and her children met him as he fought for time, grappling with his frequent ‘breakdowns’ and ‘self-imposed’ burden of work. Jahanara Shahnawaz recalled, however, how Jinnah was the heart and soul of one of her parties, regaling the guests with stories about his grandsons. The Raja of Mahmudabad first met Jinnah as a child when he and Ruttie stopped at Qaiser Bagh during their honeymoon. END_OF_DOCUMENT_TOKEN_TO_BE_REPLACED