It’s autumn in New York. Ella’s and Louis’s dreamy voices echo in one’s head. They bring the promise of new love and an aching sense of the dreams gone. In the mundane world of international politics autumn in New York brings back the United Nations General Assembly and the First Committee on Disarmament and International Security.

Every year, the First Committee takes stock of the international security and disarmament developments and trends, adopts a number of resolutions on furthering arms control, non-proliferation and disarmament, and recommends them to the General Assembly for adoption. The General Assembly adopts them by consensus or a majority vote. Every year, their adoption brings to the mankind a small measure of promise of some, however limited, movement towards a more cooperative global security, arms reduction and disarmament. But, as the Arab proverb goes, a promise is a cloud, fulfillment – a rain. END_OF_DOCUMENT_TOKEN_TO_BE_REPLACED 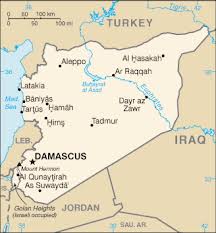 Whether the decision came as a result of Pakistan’s recently increased cooperation with Iran in order to enhance regional control over foreign relations and energy resources, or as a result of China’s blunt veto on the draft resolutions presented against the Syrian government in the United Nations, Pakistan’s stance is now crystal clear. It is sure to irk the American led Western lobby against Bashar-al-Assad of Syria. Previously Pakistan had only abstained from voting on an anti-Syria resolution in the United Nationas Security Council. Now, however, Pakistan has dared to clearly ally with the anti-US and anti-Western league of countries on the issue of Syria. END_OF_DOCUMENT_TOKEN_TO_BE_REPLACED

There may be a lot more to the news of India allowing Pakistani investment within its borders, than meets the eye immediately. The decision has been met with mixed response from the investors in Pakistan a day after the Indian Ministry of Commerce decided to lift the investment barrier from Pakistani investors, except in the fields of atomic energy, defence and space. Pakistani investors and banks are still unclear about the conditions of such investment and the overall effects of the decision will be largely determined by the intricate conditions following such a move, as in the case of India’s grant of MFN status to Pakistan in 1996.

Earlier this year Pakistan had moved to grant India MFN status on yearly basis. On the face of it, India had taken the positive step of befriending Pakistan 16 years earlier than Pakistan had done. END_OF_DOCUMENT_TOKEN_TO_BE_REPLACED