The Niqab Debate: Which Way Will The UK Swing? 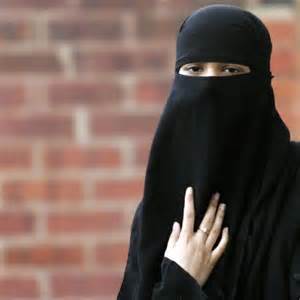 Although based on English law, our own legal system discriminates so much against minorities that it is shameful. Since a lot of the discrimination (or persecution) is on the basis of religion to balance the scales we hope to post on the sad predicament of our own country soon. But it is interesting to observe that Islamic dress like the niqab is the subject of a great deal of attention abroad. Muslims make up 4.8 per cent of the UK’s population and only a small number of women wear the niqab or burka.

As Pakistanis (and as “Muslims”) we are intrigued by our former coloniser’s obsession with us and so this post analyses the niqab debate which has been raging in the UK. Many people think that the UK should ban the niqab and the burka. On the other hand, some high calibre analysts think that legally singling Muslim women out on the basis of their niqabs may create a new class of victim: one unknown to the UK in the past.  END_OF_DOCUMENT_TOKEN_TO_BE_REPLACED 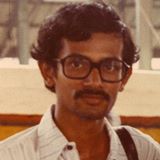 One year after he took a stand on the use of chemical weapons in Syria, Obama finds himself trapped in his own rhetoric:

The world set a red line when governments representing 98 per cent of the world’s population said the use of chemical weapons was abhorrent and passed a treaty forbidding their use even when countries are engaged in war. That was not something I just kind of made up, I did not pluck it out of thin air.

When United States President Barak Obama said this at a news conference in Stockholm last week, it sounded like he was trying desperately to justify the off-the-cuff comment he made a year ago. In August 2012, he had given a clear message to the Syrian government led by President Bashar al-Assad: that any use of chemical weapons in Syria would change the ‘calculus’ and the ‘equation’.

It may seem a bit strange that the President is clarifying what he meant by something he said a year ago while the whole world is on edge waiting to find out how the US House of Representatives will vote on a proposal by the White House to take ‘limited military action’ to ‘punish’ President Assad for ‘using’ chemical weapons on his own people. That is because Obama is finding it increasingly difficult to sell another war to the majority of the American people and their elected representatives, who will decide on his proposal. END_OF_DOCUMENT_TOKEN_TO_BE_REPLACED

Russian Bid For Syria: A Lifeline For Assad? 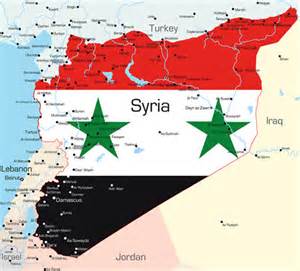 In March 2011 the despot Bashar al-Assad probably never imagined that a small demonstration would eventually turn into an insurrection. The Arab Spring has paved the way for political transition in Tunisia, Libya and perhaps more questionably in Egypt. Concurrently, it also provoked the Syrian people against the authoritarian regime of Assad. The ongoing civil war has intensified a lot: the whole world has seen the abhorrent images of chemical weapons attacks. This galvanized major powers (the US, France and Great Britain) to take military action against the Assad regime but on 29 August 2013, the British House of Commons voted against possible military intervention which only left France and the US as the main backers of the military option.

Syria’s regime is one of a handful of UN members – including Angola, North Korea, Egypt and South Sudan – who are not a party to the Convention on the Prohibition of the Development, Production, Stockpiling on the Use of Chemical Weapons and on their Destruction drawn up in 1992 (administered by the Organisation for the Prohibition of Chemical Weapons or OPCW). Israel (which is thought to possess chemical weapons) and  Myanmar  are signatories to the Convention but since they have not ratified it the OPCW considers them to be “non-member states”.

END_OF_DOCUMENT_TOKEN_TO_BE_REPLACED 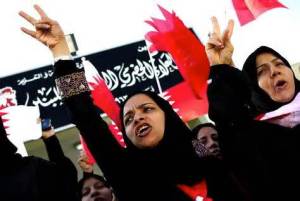 Bahrain is one of the earliest lands to have converted to Islam. It has a rich history and has been ruled by the Persian Empire, the Portugese, the Safavid Empire. Subsequently, the Bani Utbah tribe captured Bahrain from the Persians: the island has been ruled by the Al Khalifa royal family since. With a population of 1.4 million people of which the majority are  Shia Muslims, Bahrain has been experiencing a political crisis for a few decades.The Arab Spring has heightened political activism in the Middle East. Consequently, the political crisis has turned into a popular political uprising in Bahrain.

Like the world’s historic revolutions and uprisings (e.g. the Iranian Revolution), Bahrain’s fragile political structure and suppression by its monarchy were two considerably important reasons for unrest. Shia Muslims always demanded a share in power as they constitute the country’s majority population. In 1973, Sheikh Isa bin Salman Al Khalifa, the ruler of Bahrain promulgated a constitution that allowed an elected parliament and created an opportunity for maximum participation in politics by Bahrainis, but it only lasted for two years. Salman Al Khalifa dissolved the Assembly and imposed State Security Law. END_OF_DOCUMENT_TOKEN_TO_BE_REPLACED