Mehlaqa Samdani: Consensus and conflict at the Istanbul Conference 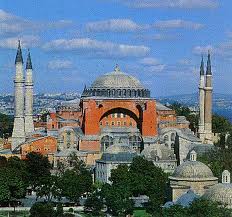 The U.S. government and its NATO allies have, in recent months, scrambled to mobilize regional and international support to advance stability in Afghanistan following significant international troop withdrawals in 2014. The most recent of these efforts was the Istanbul Conference held in Turkey last week. The meeting was organized to prepare the groundwork for Afghanistan’s political, security and economic transition.

At the conclusion of the day-long Istanbul meeting, which included a whole host of regional countries as well as representatives from Europe and the United States, analysts dismissed the conference for ‘lacking substance’ and having achieved little in terms of a coherent framework for Afghanistan’s transition. And yet, despite discouraging reviews, it is worth noting that the conference as well as what followed saw progress on at least a couple of fronts.

First, it appears that a regional and international consensus has emerged with respect to Afghanistan’s economic future.

At the conference, the United States introduced its economic vision, the ‘New Silk Road’ project that involves the construction of an extensive network of transportation links across central and south Asia, designed to turn Afghanistan into a regional economic hub. The United States also strongly endorsed the Turkmenistan-Afghanistan-Pakistan-India (TAPI) gas pipeline that is supposed to meet the energy needs of India and Pakistan and “could provide significant transit revenues for both Afghanistan and Pakistan.” END_OF_DOCUMENT_TOKEN_TO_BE_REPLACED