Hegemonic Masculinity and Its Effects: A Social Stigma

In Pakistan, trans men are highly segregated and provided no incentives to attain education and earn a healthy living, which coerces them to be street beggars, so heterosexual men get all the power. 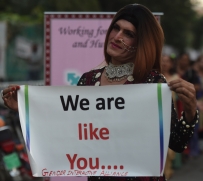 The concept of hegemonic masculinity enables us to acknowledge the existence of plural masculinities and how it encourages domination between men and women, as well as between men themselves. Hegemonic masculinity, even though globally prevalent, seems to be invisible; it breeds in the society and causes violence against women and trans men, strengthens the patriarchal norms, and leads to gender disparities in the private and public sectors. Hegemonic masculinity is a global phenomenon, which breeds at different levels in various societies. The concept of hegemonic masculinity was first proposed by R.W Connell to divert the attention to the overt practices that had promoted favorable conditions of men over women and the emergence of a dominant kind of social masculinity (Connell and Messerschmidt, 2005, p.831). According to the Italian philosopher Antonio Gramsci, hegemony is about winning and attaining supremacy to exercise power, ability to coerce, if need be (Donaldson, 1993, p.645).

Hegemonic masculinity is a concept which explains the culturally dominant behavior of men in society. It is not hegemonic to other masculinities only, but it is a representation of privilege and leverage men collectively have over women. Such a social structure generates gender discrimination and defines a pattern of conduct of being ‘masculine’ or ‘feminine.’ A feminist and socialist theorist, Simone de Beauvoir, explains that the binary understanding of sex implies man being superior to others and demarcates between the idea of ‘sex’ and ‘gender.’ “One is not born woman, but rather becomes a woman” (Beauvoir, 1949, p. 17) represents gender as a social role. END_OF_DOCUMENT_TOKEN_TO_BE_REPLACED

The #MeToo Narrative in Pakistan

As the global feminist movement reaches Pakistan, it challenges the status quo and looks to encapsulate more than sexual harassment.

Pakistan is definitely not the most women-friendly country on earth. UN Women ranked it one of the lowest in the world in terms of gender equality. Violence against women has been widespread and an ever-growing issue. Rape, acid attacks, domestic abuse, forced marriages and, honor killings are rampant in the country even today. Disturbing realities are still reported. The 2015 Oslo Summit on Education and Development categorized Pakistan among the worst performing countries in terms of female education. Pakistani NGO, Movement for Solidarity Peace stated that there were thousands of women abductions for forced marriages, especially targeting minority women. Human Rights Watch estimated 1000 honor killings per year as latest as 2019. But one thing for women in Pakistan has certainly changed, the narrative for women’s empowerment has escaped from global conventions and election speeches to streets and internet. In today’s age Pakistan’s commitment to women rights is shown by its evolving narrative around #MeToo, women rights and, a growing anti-patriarchal attitude.

The role of women in Pakistan, since its inception, has been largely limited to households with much of the reason submerged in religion and culture. Pakistan’s main religion, Islam, has largely been interpreted as patriarchal; giving men an overarching edge over women in terms of rights and freedom. The small breathing space left for women liberation is swallowed by cultural values and societal norms that place further restrictions on women. Legislation has been equally, if not more disappointing. While the draconian Hudood Ordinance was repealed after years of blinkered discrimination against women in 2006, it was far from enough to rid the constitution of bias. In fact, only recently a province distributed burqas to female students to observe purdah (religious attire) within school. With such depressing status-quo, the recent advancements are notable and a sonorous display of modernization. END_OF_DOCUMENT_TOKEN_TO_BE_REPLACED 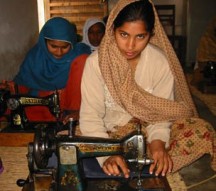 The EU is stretched to its outer limits in tackling issues thrown up by the economy, migration and terrorism. Tory politicians such as British prime minister David Cameron – who has been accused of extreme debauchery and profane and illegal behaviour by his former friend Michael Ashcroft in the upcoming biography Call Me Dave – are hell bent on “renegotiating” their country’s relationship with Europe. As we are already aware, the controversial and impending “in-out” referendum on Britain’s membership of the EU is a hotly debated matter. It is also very interesting to observe that the UK’s Electoral Commission, which is required by the Political Parties, Referendums and Elections Act 2000 to consider the precise wording of the referendum question and publish a statement of its views as to its intelligibility, has said that the question needs to be changed. Notably, in the European Union Referendum Bill as introduced into the UK parliament the proposed referendum question is: Should the UK remain a member of the EU?

The Electoral Commission suggests that the questions should be changed to: Should the UK remain a member of the EU or leave the EU? Answers: Remain a member of the EU – Leave the EU. But as we see in this post on the EU’s vision for gender equality and women’s empowerment, as an institution the Union is a very positive thing and it would be fair comment that people such as the European Commission’s president Jean-Claude Juncker and his colleagues do not like the Tory party’s stance on Europe. On 21 September 2015, the European Commission and the European External Action Service adopted a new framework for the EU’s activities on gender equality and women’s empowerment in EU’s external relations. The New framework for Gender Equality and Women’s Empowerment: Transforming the Lives of Girls and Women through EU External Relations (2016-2020) (see press release and see here) aims to END_OF_DOCUMENT_TOKEN_TO_BE_REPLACED 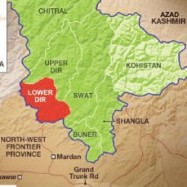 It was a landmark decision which brought both joy and tears of emotion to the eyes of those who have long struggled for women’s rights in Pakistan. In a short order, on 2 June 2015, a full bench of the Election Commission of Pakistan declared null and void the by-election held in PK 95, Lower Dir II, on grounds of the disenfranchisement of women in that constituency. A re-polling will take place. It seems forever now that women have been barred from casting their votes in some parts of Pakistan. Over the years, women have not only participated defiantly and vibrantly in elections at all levels, they have also reached the highest level of representation in the houses of parliament both on reserved seats and general seats. But some areas have kept their women indoors on every election day.

It has been customary for political parties operating in these areas to arrive at prior agreements among themselves that women would not be allowed to cast their votes. This includes conservative and religious parties as well as the so-called ‘secular’ parties. It seems that custom and patriarchical tyranny has always prevailed over the agendas of ‘progressive’ parties. The agreements are verbal but have often been reduced to writing as they were in this case. Aurat Foundation has worked for the participation of women in politics at all levels. It has facilitated the participation of women in local, provincial and national elections by getting their national identity cards made END_OF_DOCUMENT_TOKEN_TO_BE_REPLACED

Dr Masuma Hasan: Akbar and the Women in his Empire

As a child Akbar (1542-1605) was deprived of the love and care of his parents and was brought up by nurses in the not too friendly homes of his uncles in Kandahar and Kabul. His father, Humayun, the favourite son of the Mughal emperor Babar and his mother, Hamida Banu Begum, abandoned him and his little sister Bakhshi Banu to his uncles, when he was only one year old. They ran from pillar to post in pitiful conditions as Humayun tried to win back the kingdom he had lost to Sher Shah Suri (1486-1545) and to his own brothers. Humayun captured and lost Kabul more than once and Akbar remained a hostage and prisoner with his uncle, Kamran Mirza, until his father decisively won Kabul in 1550. He had had a brief re-union with his parents in 1545.

Akbar’s parentless childhood should have left many scars on his personality. But he grew up to become a fierce and fearless warrior, a passionate hunter, a trainer of elephants and cheetahs, a fine polo player, a remarkable administrator, a conciliator of different interests, a lover of books and music, a man of many talents and, above all, a forgiver. He could get towers built with the skulls of those he vanquished and get rebels trampled under the feet of elephants but he often reinstated those who rebelled against him if they sought forgiveness. END_OF_DOCUMENT_TOKEN_TO_BE_REPLACED 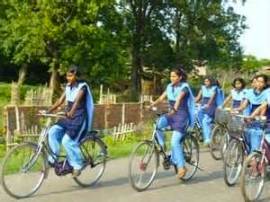 Bihar is the third largest state of India so far as population is concerned, above 103 million according to the Census of India 2001, but it has traditionally been backward and poor. Although it was the seat of great empires like that of the Mauryas, and of great religions like Buddhism, it has long been caste-ridden and home to dacoits and criminals. All the more difficult, therefore, would it be to introduce reforms in such a rigid and stratified society.

Nitish Kumar, Chief Minister of Bihar, dwelt at length on the achievements of his government during a seminar hosted by the Chief Minister of Sindh, Syed Qaim Ali Shah, on whose invitation he was visiting Pakistan. The performance of his government, even if exaggerated, came across remarkably well, as remarkable indeed as his own political career. Leader of the Janata Dal (United) in Bihar, which has socialist origins, he governs nevertheless in alliance with the conservative BJP. END_OF_DOCUMENT_TOKEN_TO_BE_REPLACED

Dr. Masuma Hasan: Reaching Out to Widows in Pakistan

Aurat Foundation Pakistan is a member of the South Asian Network for Women’s Empowerment in Development (Sanwed) and I have had the privilege of representing Aurat Foundation at Sanwed’s inaugural meeting in Chennai in December 2005, at the Conference in Kathmandu in June 2010 and at the International Windows Day Conference held in London on 23 June 2006. These gatherings were highly rewarding. They enabled me to meet colleagues and partners, exchange views, and learn about new ideas, projects and initiatives.

Therefore, I was looking forward to this Sanwed workshop which has been organised by Women for Human Rights (Single Women Group) in Kathmandu but, unfortunately, am unable to attend it. However, I should like to put forward my views on the subject of ameliorating the plight of widows, which is our common concern, with respect to Pakistan.

Until the results of Pakistan’s Census of 2011 become available, we have to rely on statistics about widows on the Census of 1998 which I have quoted in the paper I read in the Conference in Kathmandu in June 2010. However, since the population of Pakistan has increased greatly since the last Census, given the pattern population growth, the number of widows must have also risen in the same proportion. END_OF_DOCUMENT_TOKEN_TO_BE_REPLACED