Umair Khalil: US and the Baloch Cause 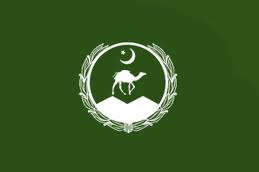 The Balochistan issue is making headlines again. But this time with a new and unexpected twist. The US Congress hearing and subsequent resolution are generating waves in the Pakistani media. So what is new with that? The Congress foreign affairs committees regularly conduct hearings on several issues. What shook me was that Dana Rohrabacher, the conservative Republican who tabled the resolution, went as far as demanding a separate Baloch state. The resolution may be termed as a ‘stunt’ and a futile attempt to gain political points, but this may spark a debate among opponents of the US-Pakistan aid programme in the Congress and in the administration. If it happens, it will be largely in the favour of Baloch activists in the US. In order to assess the dynamics of the entire situation, we need to understand the extent of Baloch activism in the US.

The Baloch diaspora is politically active in the US; it engages in efforts to promote the Baloch cause among US politicians and policymakers. Unsurprisingly, such “activism” serves the self-proclaimed “leaders” of the Baloch separatist movement which organizes its efforts through NGOs, think-tanks, interest groups and media outlets in order to gain US support in Balochistan’s bid for independence. END_OF_DOCUMENT_TOKEN_TO_BE_REPLACED 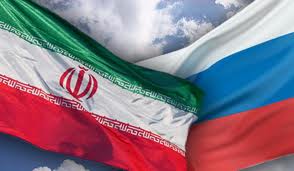 We in Russia consider Iran as a very important nation, as a nation that has important influence on the world political climate. We know that during the period of last three decades Iran has achieved a lot in the fields of social development, politics and sports. We do our best to have good relations with Iran as well as with its people. There are almost no political disagreements between Russia and Iran at present. We attach serious importance to the development of mutually beneficial economic and scientific cooperation between the Russian Federation and the Islamic Republic of Iran. In our view, such cooperation is an important investment for the future.

Our cooperation in the field of nuclear energy is one of the core issues of our bilateral ties and of world politics. We in Russia are partisans of nuclear non-proliferation regime. Iran is a party to the Nuclear Non-Proliferation Treaty (NPT), which in our view is an important component of the present-day international world order. END_OF_DOCUMENT_TOKEN_TO_BE_REPLACED

Norway’s Conservatism:  Would you want your daughter to marry a Sicilian? 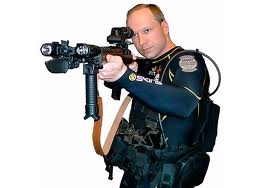 It is literally perfect to assume that the Norway shooting spree on July 2011 did not come by chance, as Europe has been experiencing a wave of loathing for the last ten years throughout the continent. The number of individuals who excessively obsess xenophobic as well as Islamphobic expressions was significantly increased in European metropolitan cities since 9/11 and, as a result, conservatism has grabbed some attention since then. . Indeed, the action by Anders Behring Breivik has translated the inner ambition of conservative individuals into a real political manifestation.

The rise of right-wing politics in western countries is becoming clearer as they are winning too many seats in Parliamentary elections as compared to the 1990s. The racist and nationalistic elements, who advocate far more restrictions on immigration policies, have retained wide sympathizers from Ireland to Italy and from Italy to Norway. In Austria, Belgium, Denmark, Italy and France, hard right-wing and anti-immigrant parties regularly receive more than 10 percent of the vote. According to online statistics; in Norway it is 22 percent, in Switzerland 29 percent, in Italy and Austria they have been in government. END_OF_DOCUMENT_TOKEN_TO_BE_REPLACED 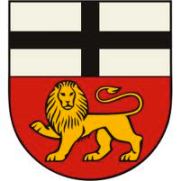 The Bonn Conference reminds the world of the active role of Germany at decisive stages, again! The conference was held to provide a road map for the development and re-construction of Afghanistan. The agenda was inclined to strengthen the pre-transition 2014 situation to give sustainability to the post-transition era. The United States entered Afghanistan after September 11 attacks and now wants an acceptable magnitude of stability in the landlocked country. But Pakistan boycotted the conference because of the US led NATO strike on its soil. The attack – which left 24 Pakistani soldiers killed at Salala checkpost, Mohmand Agency – took place barely a month before this significant seating at Bonn.

Bonn, the former capital of West Germany, is also called UN city. It was the meeting place of international actors with Taliban under UN auspices in 2001: Bonn Agreement. Germany is emerging as a major party in the current international debate pertaining to the war against terrorism. Today’s Germany, a country of 82 million, has a history full of tides. But at every stage – regional or international – Germany has been a major player in the arena. END_OF_DOCUMENT_TOKEN_TO_BE_REPLACED

In Pursuit of an Enduring and Just Peace

The Global Movement of Moderates was launched in Kuala Lumpur in an international conference on 17-19 January 2012. It was organised by the International Islamic University Alumni Association. A very high profile gathering, it was inaugurated by the Malaysian prime minister, Mohammad Najib Tun Razak who also delivered the opening keynote address. The Global Movement Moderates Foundation was simultaneously launched.

It was said that the Conference was attended by 600 delegates from 36 countries. The delegations were heavily titled towards Southeast Asia. Surprisingly, there were no delegates from the People’s Republic of China, a moderate giant ─ or none that I could spot as the list of delegates was long and had not been circulated. Nor was there representation from the high powered think tanks in India, although some Indian delegates were present. Pakistan was represented by Dr. Fazlur Rahman from the Institute of Strategic Studies, Islamabad and by me from The Pakistan Institute of International Affairs, Karachi. Our ambassador in Malaysia, Masood Khalid, attended many sessions of the Conference. END_OF_DOCUMENT_TOKEN_TO_BE_REPLACED