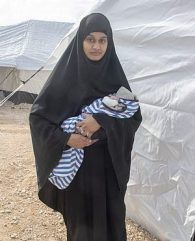 It is hard to attach the word ‘great’ with Britain because the citizenship of Reema Iqbal, Zara Iqbal and Shamima Begum has been revoked for national security reasons. But it is equally arguable that the UK has two classes for citizenship: one kind for the whites and another for children of immigrants. The two sisters left UK in 2013 and Shamima left in 2015 with her friends Amira Abase and Kadiza Sultana and all of them married Islamic State (ISIS) jihadists. The most likely reason of the cancellation of their nationality is their Asian descent which is common in all the surviving three women. Had they been of white British origin the Home Secretary Sajid Javid would have taken a different line but he did not hesitate to make these misguided/confused women stateless. Significantly, these Asian British women were not directly involved in crimes against Britain’s national security. Overall, these were not even isolated cases of people travelling to join ISIS or becoming jihadi brides.

According to the Centre for the Protection of National Infrastructure, UK’s national security is hampered by cyber crimes, espionage for other states, terrorism, organized crimes and spreading weapons of mass destruction. And of course as many as 350 jihadis have already returned to the UK after fighting in Syria. Are Reema, Zara and Shamima bigger threats than them? Shamima Begum was a minor when she left for Syria, therefore should she be held accountable for her actions? Albeit, we also heard Shamima justifying the Manchester bombing but that was a naïve statement by her. Those angry people who are supporting the UK government’s deprivation of her citizenship must know that Sajid Javid did not order the cancellation of the citizenship of white British jihadis supporting the terrorism and suicide bombing in the UK.

Even in January he announced the imprisonment of 10 years to the 350 British citizens who went to Syria as fighters for the jihadi groups simultaneously, their nationality remained unharmed and Adam Deen, an ex-member of a banned al-Muhajiroun network who now works to counter extremism, have never been subjected to deprivation of his citizenship.

The government of UK should consider here the fact that Netherlands has not canceled the nationality of her husband Yago Riedijk a Dutch militant to whom she married in IS occupied territory. He has to face a six-year jail term when he returns home. The person who was actually a militant even his home country has allowed him to enter. Shamima Begum travelled to Syria when she was 15 and she used her sister’s passport. He school knew she had been radicalised but chose not to inform her parents who are very sad and apologetic about their daughter’s misguided choices in life.

In UK, Section 40(2) of the British Nationality Act, 1981 claims that ‘the Secretary of State may by order deprive a person of a citizenship status if the Secretary of State is satisfied that deprivation is conducive to the public good.’ The activities of all the aforementioned groups are against the public good but the Home Secretary cannot make someone stateless by depriving them of British citizenship . Yet, one can see the bias of the government of UK because they made Shamima Begum stateless.

It could be that Sajid Javid, who has clear aspirations to replace Theresa May as prime minister, fears a backlash from Britain’s public, since his parents hail from Pakistan so he wants to maintain his image of pro-white and pro-British. He mentioned on 12 March 2019 that the government cannot help the Britons in Syria because the country does not have any consular access there.

Sadly, Shamima’s lawyer Tasnime Akunjee travelled thousands of miles and attempted to reach the 19-year-old to secure her signature for her appeal against deprivation of UK citizenship but he was detained instead and could not meet her despite being just 50 metres away from her. Shamima’s appeal falls within the jurisdiction of the SIAC which is a national security court with closed procedures favouring the British government.

The immigration laws of Pakistan will allow Reema and Zara to enter the country because at least one of their parents is from Pakistan. However, no statement has been made by government of Pakistan in this regard. It is very unfortunate that UK claims to be a proponent of justice but has been unjust to these women.

By depriving them of nationality they cannot improve the law and order situation in UK. The government should eliminate the policy of exclusion which will create a divide and lead to a feeling that some people are second class citizens. The UK government of UK should learn from events in Pakistan and the clever methods with which government of Pakistan tackled similar problems. Naureen Leghari, a medical student from Pakistan was inspired with jihadi ideology and became a suicide bomber.

Luckily, she was caught by the law enforcement agencies from Pakistan. Two years have passed since this happened but the country’s government did not cancel her nationality, in fact she was allowed to reintegrate with others but of course she was kept under strict surveillance. Naureen received counselling from the contemporary psychologists and psychiatrists as well. Consequently, things have gone back to normalcy and she is moving with her normal life.

The author, Arsal Ahmed Shaikh, is an intern at the PIIA.

Farhaan Uddin, ‘Shamima Begum may be a Bangladeshi Citizen After All’, 14 March 2019, http://www.ejiltalk.org

Charles Hymas, ‘Jihadists could face up to 10 years in prison if they return to the UK under new laws’, 12 February 2019, http://www.telegraph.co.uk

Lizzie Dearden, ‘Terrorists being released from UK prisons could ‘slip through net’ and carry out attacks, government warned’, 23 September 2018, http://www.independent.co.uk

Chris Dyer, ‘UK sisters being held in Syrian detention camps with their five children were stripped of their British citizenship when they married ISIS jihadis’, 13 March 2019, http://www.dailymail.co.uk
http://www.un.org/en/universal-declaration-human-rights/, accessed 13 March 2019.