Speech by Dr Masuma Hasan: The East in World Politics – The New Power 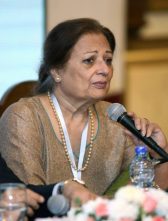 Centennial Conference of the Institute of Oriental Studies Russian Academy of Sciences Moscow – 30 October 2018. Speech by Dr. Masuma Hasan: I wish to begin by paying a tribute to the Institute of Oriental Studies, Russian Academy of Sciences on the 200th anniversary of its founding – to its resilience, the remarkable academic assets it has developed over two centuries, its proud history and the excellence and dignity of its scholars. It is an honour for me to have been invited to this great event. On this occasion, I want to acknowledge the scholarship of Professor Yuri Gankovsky who headed the Centre for the Study of the Near and Middle East and also recognise the work of the present head of the Centre, Professor Vyacheslav Belokrenitsky, and his colleagues. Turning now to our subject, “The East in World Politics – the New Power”, as we have seen in recent years, the new power in the East is the tilt towards Asia.

In terms of sheer numbers, two-thirds of the world’s population or more than 5 billion people will reside in Asia by 2050 but population is declining in North America and Europe. Some analysts believe that Asia might produce half the world’s GDP by 2050 with an expansion of human capital and production. It is dominated by the strategic interests of two great powers, China and Russia, and the pitch for regional and global status by India. Today, if the East is seen as a new power in world politics, it is undoubtedly mainly due to China’s phenomenal rise and its economic and global aspirations but also because of Russia’s assertive role in global politics and “turn East” policy. China’s Belt and Road Initiative is reflected in its six economic corridors along two routes: the New Silk Road Economic Belt running west through Russia and Central Asia and the 21st Century Maritime Road to reach Europe through South Asia and South-west Asia. One of these corridors, the China-Pakistan Economic Corridor runs from Kashgar in Xinjiang to Gwadar in Pakistan and has been described as a game changer for Pakistan’s economy. END_OF_DOCUMENT_TOKEN_TO_BE_REPLACED

We have to give up our India-centric policies and our slave mentality. 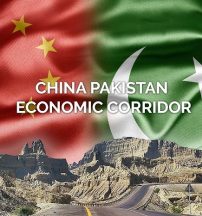 Pakistan is on a knife-edge with the upcoming general election on 25 July 2018. With Nawaz Sharif firmly behind bars, civil society organisations are predicting rigging in the election by the armed forces and there is a consensus in the country that the army is mass manipulating electoral politics in favour of its cronies. The economic problem arising out of the present political situation is that Pakistan is seriously in the doldrums owing to its debt to its international creditors. The country is facing a sovereign debt crisis and reliance on Chinese money is very high indeed. As reported recently in the Financial Times, Islamabad is headed for a foreign currency crisis but is keen to avoid yet another IMF bailout. So it is appealing to Beijing for more lending. In the year ending June 2018 Pakistan borrowed $4 billion from China and is facing problems with the devaluation of the rupee, the strategy used by the State Bank of Pakistan (SBP) to keep the economy afloat. At the start of June 2018, the SBP only had $10 billion in foreign currency reserves in comparison to $16.1 billion just a year earlier.

The problem does not stop there because $12.7 billion in external payments are due in comparison to £7.7 billion last year. The country will need to raise $28 billion this financial year to repay its debt obligations. Therefore, in such an environment, it is hardly surprising that Kaiser Bengali thinks that “we have to play our cards right in case of the China-Pakistan Economic Corridor (CPEC). The opening up of China has enhanced travel but not trade.” He recently made these remarks while addressing members of the prestigious Pakistan Institute of International Affairs (PIIA) and the media. Speaking on the subject, ‘Changing geo-politics and challenges for Pakistan’, he said: “My fear is that we will not be playing our cards right because of the slave mentality that our bureaucrats and planners have.” Elucidating further he said: “We are always looking to a bigger power to protect us against military adventurism.” In this context, he recalled that back in the 1950, we joined the US-sponsored defence pacts, the Cento and Seato, as a guarantee to be protected during times of aggression. END_OF_DOCUMENT_TOKEN_TO_BE_REPLACED

Issues of Concern in Pakistan 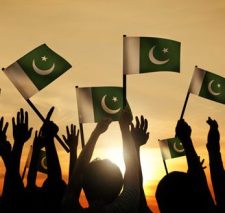 I still recall what I wrote in an article in 2014: I read a comment in the Thomas Reuters Foundation that everyone knows that Imran Khan may be a great pressure cooker in the kitchen, but you can’t trust him to be the chef. I also wrote that from a czar-like prime minister, Nawaz Sharif has been reduced to a deputy commissioner-type character who will deal with the day-to-day running of the country while the army takes care of important issues related to Afghanistan, the US and India. This was quite true until we saw the Turkish coup attempt and the leaking of the news regarding civil-military disagreement on the handling of non-state actors by Dawn’s reporter, Cyril Almeida. Our state functionaries seem to disregard the fact that the common man is keen to get his daily problems solved. In Pakistan, he has followed almost blindly any ray of hope and, unfortunately, he has been betrayed on most occasions.

Nawaz Sharif’s government has rightly invested in the long neglected increase in power generation, but more in-depth and strong reforms are required for a sustainable economy which takes care of the problems of the common man during the short-term and medium-term. Even the China Pakistan Economic Corridor (CPEC) projects need transparency and a corruption-free perception for benefits to flow. Nawaz Sharif has tried to take the sole credit for his development projects, particularly the very important CPEC. END_OF_DOCUMENT_TOKEN_TO_BE_REPLACED 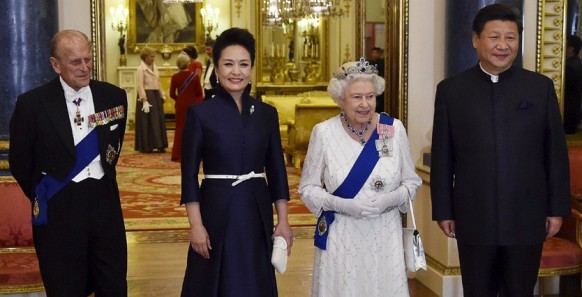 As ever, the world of international relations is abuzz with sizzling news. American presidential hopeful Hillary Clinton is being grilled over her failings during the Libyan crisis, Bashar al-Assad has visited Moscow to pay homage to his master Russian president Vladimir Putin, the Taliban have withdrawn from Kunduz, British prime minister David Cameron has amended the ministerial code to try to preclude legal liability (for the Cabinet and his government) arising out of “international law”, Tony Blair has accepted that the 2003 invasion of Iraq fostered the creation of ISIS, and Israeli prime minister Benjamin Netanyahu has offloaded the Holocaust on the Mufti of Jerusalem but German chancellor Angela Merkel has criticised him and has claimed liability for the genocide as Germany’s and not attributable to the Palestinians.

But these gloomy events are less glamorous than Chinese president Xi Jinping and his elegant wife first lady Peng Liyuan’s recent state visit to Britain to enhance Sino-UK relations. Eager to assist the British prime minister, the Queen, the longest reigning British monarch who recently surpassed the milestone established by Queen Victoria’s reign, adopted a culturally relative tone and praised China for its achievement of one country two systems. Having witnessed the destruction of the Second World War and rationing the British dealt with in its aftermath, Her Majesty was eager for future British and Chinese generations to be economically self-sufficient END_OF_DOCUMENT_TOKEN_TO_BE_REPLACED

This post extracts the key points of an important impact assessment in relation to reforming Karachi’s informal textile sector. 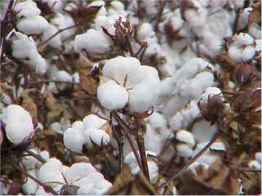 It has recently been reported that Pakistan is the eighth largest exporter of textile and related products in Asia and that Pakistan’s textile industry accounts for 9.5 percent of the country’s GDP and provides employment to about 15 million people or roughly 30 percent of the country’s 49 million strong workforce. Arguably, Pakistan is the fourth largest producer of cotton in the world. Contributing 5 percent to global spinning capacity, Pakistan possesses the third largest spinning capacity in Asia after China and India. Equally, The textile industry in Pakistan accounts for more than 60 per cent (US$9.6 billion) of total exports. Indeed, the industry forms the spine of Pakistan’s economy. To date, no empirical research has examined the local impacts of economic crises and reform on cities in Pakistan, including Karachi.

This study by Arif Hasan, Mansoor Raza and IIED addresses this gap by examining how the textile industry – as one of Pakistan’s most productive economic sectors – has been impacted, with a focus on the informal power loom sub-sector. The factors that have contributed to the decline of the textile industry and the repercussions for this sub-sector, including one of the settlements in which it operates, are discussed. The conclusions contemplate the challenges of formulating urban policy responses to an economic problem that is shaped simultaneously by local, regional and global pressures. This study examines the local impacts of economic crises and reform on the textile industry in Karachi, with a focus on the informal power loom sub-sector and the low-income settlement (Dibba Colony) where it operates. END_OF_DOCUMENT_TOKEN_TO_BE_REPLACED 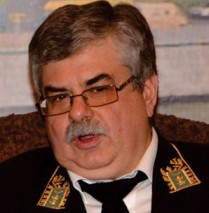 Anil Datta of the News reports on the Russian Ambassador H.E. Alexey Dedov’s talk in PIIA on 10 April 2015

The volume of Russia-Pakistan trade in 2013 was to the tune of US $547 million, which decreased to US $474 million in 2014, but it is earnestly hoped that these figures would pick up once again. This was stated by Alexey Dedov, Russian Ambassador to Pakistan, in an interactive session with members of The Pakistan Institute of International Affairs (PIIA), the media, and the academia at the institute on Friday evening. While not citing a specific reason for this slight downturn, H.E. Ambassador Dedov nevertheless termed the decline a temporary phenomenon. Replying to a question about the proposed privatisation of the Pakistan Steel Mills, a project established wholly by the former Soviet Union, he said that in his recent meetings with the PSM officials, he had been told that the project was producing at 42 percent of its capacity which, under the present global economic conditions and Pakistan’s economic problems, was not a bad record. Dedov said he saw no prospects of, or need for, privatisation of the mill.

Turning to Yemen, he said the role of external players was not to bomb the country, but to mediate reconciliation between the warring factions and spare the locals of death and massacre. He reiterated that both, the presidents of Yemen and Ukraine, were elected in the most democratic and transparent of manners, and the coups that overthrew them were illegal. END_OF_DOCUMENT_TOKEN_TO_BE_REPLACED

There may be a lot more to the news of India allowing Pakistani investment within its borders, than meets the eye immediately. The decision has been met with mixed response from the investors in Pakistan a day after the Indian Ministry of Commerce decided to lift the investment barrier from Pakistani investors, except in the fields of atomic energy, defence and space. Pakistani investors and banks are still unclear about the conditions of such investment and the overall effects of the decision will be largely determined by the intricate conditions following such a move, as in the case of India’s grant of MFN status to Pakistan in 1996.

Earlier this year Pakistan had moved to grant India MFN status on yearly basis. On the face of it, India had taken the positive step of befriending Pakistan 16 years earlier than Pakistan had done. END_OF_DOCUMENT_TOKEN_TO_BE_REPLACED