The weaponization of water by India 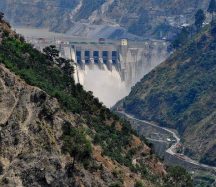 On August 19, 2019, the Provincial Disaster Management Authority (PDMA) of Punjab and Khyber Pakhtunkhwa issued flood alerts following the alarming increase of water levels in River Sutlej as India released over 150,000 to 200,000 cusecs of water into the river. In addition to this move, the PDMA warned that India had opened three out of five spillways of the Ladekh Dam. Amid increasingly strained relations between the neighbouring countries following the 14 February Pulwama Incident, the 26 February Balakot Airstrike by the Indian armed forces and, more recently, India’s Revocation of Jammu and Kashmir’s special status (article 370) on 5 August, this aggressive move which knowingly compromises on the rights and obligations of the Indus Waters Treaty 1960 points toward a familiar, albeit perilous approach that is quickly becoming a favourite of the incumbent Bharatiya Janata Party (BJP) government: the weaponization of water.  A profound political, ecological and geopolitical dilemma, the weaponization of natural resources has been at the crux of world history and global politics – its impacts vast and far-reaching.

With regard to water as the emerging commodity to weaponize, one of the most frequently cited statements concerning this burgeoning political phenomenon came from a former vice president of the World Bank, Dr. Ismail Serageldin: ‘Many of the wars of the 20th century were about oil but wars of the 21st century will be about water unless we change the way in which we manage it.’ The treaties and peace agreements that have maintained a degree of cooperation and offered a mechanism for information exchange (with a prominent example being the Indus Waters Treaty) have been a resounding point to ward off the threat of an all-out ‘water war.’ However, India’s consistent provocations categorically go against the very framework and mechanism for cooperation that defined the Indus Waters Treaty. Brokered by the World Bank, the Indus Waters Treaty was signed in Karachi by then president of Pakistan Ayub Khan and prime minister of India Jawaharlal Nehru on September 19, 1960.

This treaty entailed ‘giving them [Pakistan and India] right to full usage and legitimate of three “Eastern” rivers of India — the Beas, the Ravi and the Sutlej with the mean flow of 33 MAF to India for hydro-electric generation while control over the water flowing in three “Western” rivers of India — the Indus, the Chenab and the Jhelum with the mean flow of 80 MAF  to Pakistan.’ Gitanjali Bakshi and Sahiba Trivedi contend that the Indus Waters Treaty is ‘considered to be one of the most successful watersharing endeavours in the world today even though analysts acknowledge the need to update certain technical specifications and expand the scope of the document to include climate change.’

However, there have been ample events where Pakistan has accused India of violating the Indus Waters Treaty. One of the most notable instances was India’s construction of the Kishanganga Hydroelectric Plant which drew immense criticism from Pakistan. Pakistan contended that the construction of the aforementioned dam affected the flow of the Neelum River. A number of similar projects such as the construction of 1000MW Pakal Dul and 48MW Lower Kalnai hydroelectric projects on River Chenab also drew strong objections from Pakistan. Hence, it can be said that despite the Treaty offering a basis for cooperation and ensuring a reduction in territorial disputes over water usage, India continues to work its way around the terms and conditions.

On February 21 2019, the incumbent Minister for Road Transport & Highways of India tweeted that under Prime Minister Narendra Modi’s leadership, India would halt its share of water which flowed into Pakistan by diverting water from the Eastern rivers, thereby shutting off the water-supply to Pakistan Administered Azad-Kashmir, in response to the February 14 Pulwama Attack which killed 40 Indian paramilitary soldiers. Foreign Minister of Pakistan Shah Mehmood Qureshi criticized the bellicose rhetoric and stated that ‘This is an act of war and after seeing all these irresponsible statements of Indian leaders, I have written a letter to the secretary-general of the United Nations apprising him of Indian threats,’ as this action by India would be in stark opposition to the terms of the Indus Waters Treaty. As the escalation in tensions were heightened by India’s scrapping of Article 370 of Indian-Occupied Jammu and Kashmir, India turned toward its previous tool for weaponization – water – and sought to use against Pakistan by inducing floods in parts of Punjab and Khyber Pakhtunkhwa.

Chairman of the Pakistani Government’s Water and Power Development Authority (WAPDA) Lt. Gen. (Retd) Muzammil Hussain accused the Indian government of waging a ‘fifth generation war’ against Pakistan, further adding that ‘They [India] try to isolate diplomatically, they try to strangulate economically, they’re trying to strangulate our water resources – and water automatically will have an impact on your economy, your agriculture and your irrigation.’ Political and defence analysts have viewed this move by India from a number of perspectives, seeking to weigh out the options Pakistan has to counter this provocation and or lodge a formal complaint concerning India’s violation of the Treaty. Lt. Gen. (Retd) Muzammil Hussain went on to add that Indian Prime Minister Narendra Modi had ‘threatened very clearly that he could stop water to Pakistan. He couldn’t care less (for) the treaties.’

To think that the heightened tension between both neighbours have resulted in discussions concerning the possibilities of a full-fledged water-war is an especially unsettling reality. In addition to being accused of indiscriminate shelling in Pakistan-administered Azad Kashmir and resorting to unprovoked firing along the Line of Control (LoC), India is looking towards utilizing a geopolitical and ecological weapon that has insurmountable consequences for the region.

With opinions ranging from the choice of weaponizing water being a tactical measure to hinder troop movements in Punjab and Khyber Pakhtunkhwa, or perhaps, strain Pakistan through damage to its agriculture and infrastructure, it is clear that the BJP-led government is resorting to new and more aggressive tactics as tensions escalate.

As mentioned by Lt. Gen. (Retd) Muzammil Hussain, the BJP-government’s sheer disregard for international accords and binding treaties coupled with their non-committal demeanour towards conflict resolution points towards the over-arching anti-Pakistan stance that has been at the core of their Hindutva ideology. The pompous lack of adherence to agreements ratified by the World Bank, in addition to the breach of international law (with regard to the incumbent curfew and revocation of Jammu and Kashmir’s special status) as defined by the United Nations should be seen as a contentious, worrying point to take into consideration upon analysing India’s role as a rising economic power.

Questions linger and concerns persist as Pakistan seeks to exercise all options to ‘protect its rights given in the treaty.’ Some of the more troubling questions that follow are (without a doubt): to what extent will India go? And if that is the case, how will Pakistan resort to these provocations? Where does this end and is an amicable resolution at all foreseeable? A former French president Jacques Chirac had once rightly said ‘One can go to war alone, but you can’t build peace alone.’ But with India consistently rebuffing Pakistan and Prime Minister Imran Khan’s call for dialogue, one is left to wonder, how then will the region build peace together if all attempts at doing so are quashed before they have barely taken root?

Ana Tawfiq Husain is a student at Habib University.