‘Afghan refugees’ born in Pakistan are excluded from Pakistani citizenship 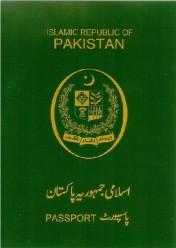 Properly understood, the important right to citizenship is the right to have other rights such as the right to reside in one’s country of residence and to consular protection. Having been prime minister for just six months, Imran Khan has inexplicably made some rather grandiose plans regarding how his shambolic government plans to illegally hand out Pakistani citizenship to millions of so-called “Afghan refugees” in Pakistan who simply have no right to remain in the country, let alone be granted the right to citizenship. In other words, Imran Khan’s so-called “new Pakistan” has already abdicated its own citizens’ rights by irresponsibly putting our country’s enemies before the rights of its own citizens. His recent statement that “Afghans whose children have been raised and born in Pakistan will be granted citizenship inshallah (God willing) because this is the established practice in countries around the world” is highly misleading and inaccurate. All this is entirely unacceptable and blatantly breaches Imran Khan’s campaign promise that Pakistan is for Pakistanis and that he will put Pakistan’s interests first above all else.

First of all, Pakistan does not participate in the Refugee Convention 1951 and so our country has no obligation whatsoever to give asylum to those arguing that they are fleeing persecution and cannot avail the protection of their home state. Yet the figures show that Pakistan has been hosting the world’s largest refugee population. Most of these persons are Afghan and some 2.7 million of them are present on Pakistani soil and 60 per cent of them were born in Pakistan and 1.5 million Afghans will benefit from the government’s new policy. Others include 400,000 Rohingya refugees from Myanmar and also several hundred thousand Bengalis from Bangladesh. Pakistan is said to be the only country in all of Asia to grant “unconditional” jus soli citizenship to those born within its borders under the Citizenship Act 1951. However, a close reading of the 1951 Act and Afghan law itself shows that in reality Afghans born in Pakistan have no legal right to Pakistani citizenship and are excluded from possessing it.

Notably, sections 4, 5 and 6 of the 1951 Act creates three distinct categories of citizenship by birth, by descent and by migration. Firstly, citizens by birth include persons who, or any of their parents or grand parents, were born in the territories now included in Pakistan before the commencement of the 1951 Act. Children of foreign diplomats and children of enemy aliens born in Pakistan are not included in this category and the mere fact of birth in Pakistan does not guarantee or confer citizenship rights.

Under section 14 (Dual citizenship or nationality not permitted) of the 1951 Act, dual citizenship is prohibited unless one is from a list of 19 countries including the United Kingdom, France, Italy, Belgium, Iceland, Australia, New Zealand, Canada, Finland, Egypt, Jordan, Syria, Switzerland, Netherlands, USA, Sweden, Ireland, Bahrain and Denmark. Indeed, Afghanistan is not on this list and it is extremely clear from the express drafting of the Constitution of Afghanistan that it prohibits the involuntary loss of Afghan citizenship. Therefore, since Pakistani citizenship is not conferred on Afghans born in Pakistan and they have retained their Afghan citizenship in any event, there is simply no need for any Afghans born in Pakistan to be granted Pakistani citizenship because they can all simply return to back home to Afghanistan.

Their home country is no longer in turmoil and peace is being made with the Taliban. So they should no longer burden Pakistan with the mistakes made by the Zia regime, chief among which was to totally open the border to Afghans during the Soviet invasion and fight America’s dirty war there at a very high economic and social cost to our own country. Afghans harbour a historic hatred for our country which makes granting them citizenship of Pakistan wrong in any event. For example, Afghanistan was the only country to vote against Pakistan entering the United Nations and successive Afghan governments in the 1950s, 1960s and 1970s armed Pashtun factions within Pakistan against the federal government.

Obligations accompany the right to nationality and it derives from feudal law where the obligation of the liege was to protect, and the obligation of the subject was to be faithful. We submit that as a feudal lord prime minister Imran Khan is misplacing his responsibilities because if he protects Afghans in Pakistan then in return they will not be faithful to Pakistan and will seek to undermine its overall national interests. There is no doubt that Afghans have a natural hatred for Pakistan and the statements of the former Afghan interior minister Amrullah Saleh leave no doubt that Afghans, who were always closely aligned with India, continue to view Pakistan as the “enemy”.

Of course, we must point out that the Rohingya refugees from Myanmar are a totally different category of people. In contrast to the Afghans, as stateless individuals they have no citizenship in their country of origin at all and cannot return there because of intense persecution purely on the basis of their Islamic beliefs. Equally, they do not have a historic hatred towards Pakistan. Therefore, they pass the test to be given the right to remain in Pakistan and indeed the right to citizenship if they bear good character and have not participated in criminal activity and do not harbour anti-Pakistan sentiments.

However, since there are no concrete entry records of who is a real Rohingya refugee – as compared to someone practising deception by pretending to be from Rakhine state to obtain Pakistani citizenship – there must be a very robust process to ascertain the suitability of applicants prior to any legal rights being granted to persons in this category.

In the final analysis, Imran Khan and his band of political charlatans must not be permitted to dole out our country’s citizenship to its enemies. To do so is folly without any limitation and such a policy will inevitably set a very poor precedent and encourage others to enter illegally and claim legal rights. The mistakes made during the Zia era must not become a basis for Pakistan to suffer even more by granting citizenship to Afghans because they have a country of their own and are free to return there for good.