India-Russia-United States: A Triangle of Expediency

The relationship between Russia and India is beneficial not just to one party, but to both. Moscow needs New Delhi for revenue and New Delhi needs Moscow for military spare parts. 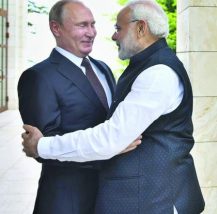 On the heels of the United States 2+2 strategic dialogue with India, Russian President Vladimir Putin visited India on a three-day trip. The structured 2+2 dialogue was due to take place between the foreign and the defense ministers of both the countries. The External Affairs Minister Sushma Swaraj and Sitharaman were to due meet Secretary of State Mike Pompeo and US Defense Secretary Jim Mattis. Willing to carry out the 6th September 2+2 discourse America invited India to Washington in 2017.  A decision to meet again in the first quarter of 2018 but this was postponed until April. Another unexpected event occurred when Rex Tillerson was fired and the Oval Office was running without a Secretary of State, prior to Mike Pompeo taking office as the new Secretary of State for the US. The 2+2 got further delayed, as 1+2 was not adding up. The following summer was rescheduled for another meeting but the United States cancelled again, this time reasons not explained. As it turned out, Pompeo was visiting North Korea, which gave the North Koreans precedence over the Indians.

New Delhi soon grew skeptical of America providing the defense military equipment to India. President Vladimir Putin arrived in New Delhi to attend the 19th Indo-Russian summit. The Kremlin is clear that it is open for business without sanctions. During the three-day visit to India, $5 billion deal was signed according to which, Russia would sell the prized S-400 Triumph missile system to India, which it needed for its air defense system. The S-400 missile system can knock and track down any kind of aircraft ranging up to almost 400 kilometers. It can instantly gather information of aircrafts that come under its radar, including the powerful US state of the art, multirole and multi-variant fifth generation F-35 fighter jet. Despite costing $400 million a piece, the truck mounted missiles have also been purchased by Turkey and Saudi Arabia and Qatar are also potential clients for Moscow.

The India-Russia relationship has not only come a long way but has now paved new paths. The Strategic Partnership of the year 2000, ‘special and privileged’ strategic partnership of 2010 and the Sochi summit are all milestones of the Russian-Indian friendship. Despite Russia’s partnership with India’s arch rivals China and Pakistan, India still holds Russia very high in strategic regard.

The promises were made in 2003 and the expectations of the friendship were visible by 2017. Technological advancement, infrastructure, railroads, agriculture, energy and many more other cooperative initiatives took place and Russia made full use of the Indian market, not only benefiting itself but meeting all that was expected of it. The cooperation between India and Russia is not just purchasing and selling but now includes programs of joint research as well as training, development and joint exercises.

Russia and India have been signing defense deals since decades but despite this fact, the purchasing of the S-400 holds great significance for bilateral cooperation at a time when the US-Russian relationship has experienced a lot of friction, especially since the Cold War. There have been many shortcomings in the defense trade between the US and India, which the S400 deal brings to light. The United States has failed to prove to India how far it can deliver which leaves the Indians not trusting America fully. Russia, has proved to be a ‘better friend’, helping India with strategic technology as the United States still disagrees to give out too much or supply India with advanced weaponry.

‘America First’ is the popular slogan President Trump has been using since his election campaign. By far, this policy is taking America towards a policy of isolation. The US has successfully pulled out of the Trans Pacific Partnership, the Iran nuclear agreement and the Paris Climate Accord. India too is now becoming extra conscious of its surroundings but on the contrary is looking to maintain a position in the multipolar world.  The sanctions that America is hoping to put on India through the Countering Americas Adversaries Through Sanctions Act (CAATSA) will not result in a loss to the Indians but will result in America’s reduced power and influence in Asia. The United States is watching India get closer to other powers, be it just for the purchase of air missiles.

At this moment in time, perhaps the US needs India more than the latter needs America. Without a cooperative stance from New Delhi, Washington might be in jeopardy. The solidarity between Russia and India and even China is enough to shake US perception on foreign policy. China however, is hoping to gain the most out of this regional unity.

The Indian Minister for Extrenal Affairs, Sushma Swaraj recently spoke about American sanctions towards India and explained that a “practical solution was available.” She expressed her concern over the fact that sanctions were only recognized as long as the UN put them, but according to the Minister, “ CAATSA is American law. It has nothing to do with us or with India”. Praising her country she spoke about India’s “independent, powerful, clever and far-sighted” role in establishing the state’s sovereignty.

However, Russia does not see eye to eye with the Indo-Pacific Indian policy. New Delhi had recently been raising eyebrows over the Chinese-Russian cooperation in 2014, due to China’s ties with Pakistan. With Russia depending heavily on China for its energy and arms sale and investment, it does not want India to put a stain on this relationship. Bilateral and regional disputes aside, China and India share a lot in common; together with Russia, they advocate a world of a multipolar nature and break free from the United States’ pursuit of hegemony and unipolarity, which is the main reason behind this trilateralism.

The relationship between Russia and India is beneficial not just to one party, but to both. Moscow needs New Delhi for revenue and New Delhi needs Moscow for military spare parts. Russia holds a very powerful position in the world today; from the veto at the United Nations Security Council, to BRICS and the Shanghai Cooperation Organization.

The deal finalized in 2017, included a multibillion-dollar bargain, for Rosneft and Essar. This year, negotiations included the S-400 air technology. Not only was the current status of Russo-Indian friendship discussed, but also future plans worth $3 billion Russian naval ships and military helicopters were also considered. Steps taken towards the Russian direction and labelling this friendship in the latest fashion was necessary for India. These deals are likely to continue regardless of how Europe or the United States feels about them.

The author Khadija Leghari is a researcher in PIIA. 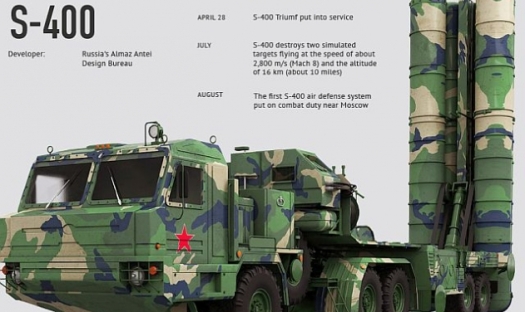