You will never understand … we were simply pushed out 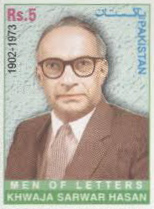 My visit to Panipat in September 1987 was one of the more distressing events of my journey to India in connection with an international training programme which took me to many cities – Delhi, Agra, Banglore, Mysore, Hyderabad. I was deeply moved by my stay in Delhi, the city of my birth. I stayed at India International Centre and walked every morning around the nearby Lodhi tombs, trying to etch their austere beauty in my mind forever. Alone, I went to Humayun’s tomb, pausing at the neglected Arab Serai, overgrown with weeds, where poor Bahadur Shah Zafar had sought refuge. At Jama Masjid, also in a state of neglect, I thought of my grand-uncle, Latif Hasan, who had looked after its repairs. Night fell as I extricated myself from my fascination with the mosque. In the back streets there were long queues of cycle rickshaws but nobody – no rickshaw or taxi driver – was willing to take me back to New Delhi. I walked in fear in the dark streets around the mosque, seeking help, until one man took pity on me and dropped me in a well-lit street in New Delhi.

At India Gate, I remembered running around the monument as a small child, at Connaught Circus, I seemed to discern vaguely the direction in which my father Sarwar Hasan had his office. I made a trip to see that jewel on 10 Aurangzeb Road, which had been Jinnah’s residence. In Daryaganj, I went to Lahore Music House to purchase a scale changer. The Sikh owners of the shop could not do enough to welcome me. Their music shop was located in Anarkali in Lahore before Partition and they told me the story of their flight from Lahore to Delhi. Wherever I went, I told myself that my forefathers and parents had trodden upon these paths: see Khwaja Sarwar Hasan Panipat and Delhi Houses. My father and mother – Sughra Hasan – had never called at Sufi shrines but I felt I must pay homage to Nizamuddin Auliya, the patron saint not only of Delhi but of all believers in prayer, if only because of Ameer Khusrau who is buried there and whose verses and lyrics had sustained me in the sadder moments of my life.

The steps leading to the shrine were absolutely filthy, the shopkeepers on both sides of the stairs called out to me loudly as I went up. Inside the shrine, I was quickly surrounded by young men who guessed immediately that I had come from Pakistan. They knew the names of all the neighbourhoods of Karachi and tried to place me in one of them. All they were interested in, however, were personal donations and a contribution to the association which looked after the dargah.

In 1965, I had visited Panipat with my father, when he went as a delegate to the unofficial Commonwealth relations conference in Delhi and took me along with him. Before we left for Delhi, he said to me, ‘you are my eldest child, you will understand.’ Towards the end of the conference, the smoothly arranged trip to Panipat, where his ancestors had lived for 700 years and where he had been the richest, the most educated and most influential person before Partition, was for him a journey of pain. In his house, we found a school in a state of disrepair and his former munshi, Chetan, came to meet him there, clinging to him and weeping uncontrollably. My father seemed to want to avoid further distress and took only one look at his beautiful garden house, without going in, and said, ‘let’s go.’ When we reached home in Karachi, his first words to my mother were, ‘Sughra biwi, yesterday we went to Panipat.’

Finding a way to go to Panipat on this occasion was not easy but I thought I could manage on my own. I was not well known and had no friends in high places. But before Partition, my mother and Saleha Abid Husain, also known as Misdaq, had been close friends in Panipat and one evening I made the journey to Jamia Millia to see her. She was not well then but embraced me warmly. In her house, I could have been in Panipat in my childhood ─ the simplicity of it all was in stark contrast to our more comfortable surroundings. Time seemed to have stood still. She called the Governor of Haryana and said her niece had come from Pakistan and wanted to visit her vatan. (homeland). The irony of her words pierced my heart. How amazing that he spoke to her almost immediately and advised that I should call at the city police station in Panipat and the station house officer would help me.

Next afternoon, a friend of mine and his wife drove me in their small Maruti car from Delhi to Panipat. Much had changed and my childhood memories were very hazy but I recognized the dak bungalow on the highway. At the city police station in Panipat, the station house officer had been waiting for me with lunch. ‘Where do you want to go’, he asked me? I did not have a clue. He was very patient with me and sent a constable to accompany me. I reckoned that somebody at Bu Ali Shah Qalandar’s tomb would have heard of my family, so we drove to the shrine through very narrow streets piled with rubbish on both sides. The shrine was deserted. I noticed the black pillars which my father had told me were made of touchstone but there was nobody there, except a lone woman praying in the courtyard.

A naked fakir, who looked ancient enough, said he had come to the city only a few years ago. It was obvious that nobody had ever heard of my family. The inner sanctum was locked and had to be opened for me to enter. It was dark inside. I picked up a few faded flowers from Bu Ali’s grave. After offering fateha at Bu Ali’s grave and that of the legendary Altaf Husain Hali who is buried in the shrine complex, I turned helplessly to the constable.

‘Where did your family live’, the constable asked me impatiently? ‘In Mohalla Ansar’, I replied, quite sure that the name had been changed. ‘Then why didn’t you tell me’, he said, ‘I will take you to Chowk Ansar.’ And so it was that he stood me at an intersection which he said was Chowk Ansar. Nothing appeared familiar to me, as I walked from one street to another, in search of the devhri of my father’s house. Soon, it became a real spectacle and scores of people, including the Sikh shopkeepers who had taken over Panipat after the Muslim population was forced to leave, walked up and down behind and beside me, inquisitive, raising queries, even trying to help.

Finally, the whole exercise became so embarrassing that I told my friends we should go back to Delhi. Disappointed, as we were driving away, I asked them to stop at the entrance to a street on the right. That is the sweeper’s lane, the constable said. But some strange instinct pushed me towards a door on the right, further up the street. It opened upon a staircase which I started climbing in the semi-darkness and then rushed down, fearing that I had made a mistake. As I stood outside in the street again, a man came out of the house, wondering why the police had knocked at his door. ‘I am looking for a house’, I said, ‘which had a square pond in the courtyard.’ ‘You have reached the right place’, he replied, ‘come upstairs.’ I had recognized baghcha, my family’s neighbourhood.

Makhad Lal Vijh, who now lived in Latif Hasan’s house, in which my mother had been raised, had migrated from Lyallpur and knew my uncle, Ansar Hasan who had studied in that city in his youth. The house had been divided into two parts and so had the pond in the courtyard. They were welcoming and hospitable but my presence must surely have reminded them of their own loss in Lyallpur, if any reminding was needed. ‘There were steps leading down from this house into a much larger residence which belonged to my father, Sarwar Hasan’, I said, ‘which I had visited with him in 1965.’ ‘Yes’, they said, ‘there is a school in that house.’ ‘Can’t I see it’, I asked? ‘You can, when the school opens tomorrow morning.’ ‘But can’t we send for the keys, can’t the headmaster let me in today’, I persisted? ‘No, not today, the school is closed’, they replied.

In the street outside, a bald old man working on a thela was telling some people, ‘Oh, I knew she had come in search of her house.’ A younger man appeared who remembered the names of some of my elders. I took photographs of the beautiful side façade of the house my grandfather had built, the chauburji and those lovely inset arches, the colour of the Mughal monuments in Delhi. And since I could not go inside the house, the constable brought a stool for me to stand on and look into the courtyard from the devri. ‘When you had so much property here, why did you leave it and go away’, my friend’s wife chided me. ‘You will never understand’, I told her, ‘we were simply pushed out.’ There was no time to search for other assets belonging to my parents or to visit historical landmarks.

We had tea at Skylark motel ─ there was, actually, a motel in  Panipat ─ and drove back to Delhi as dusk fell. A strange feeling of disquiet overcame me. For 40 years, my mother had never shown much emotion about the loss of what she and my father had left behind in India. But when I reached home and met her, she said to me, ‘tell me about my house, have you brought photographs?’