The 2014 Indian Elections and their Impact on the Region: A Talk by Professor Lawrence Sáez 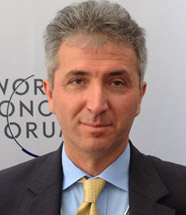 Dr. Lawrence Sáez, Professor in the Political Economy of Asia, Department of Politics, School of Oriental and African Studies, University of London, will address the members of The Pakistan Institute of International Affairs on “The 2014 Indian elections and their impact on the region” on Tuesday, 25 November 2014 at 4:00 p.m. sharp in the Library of the Institute.

You are cordially invited to attend this session. Professor Sáez’s numerous publications can be viewed here and some of them include:

(2002) Federalism Without a Centre: The Impact of Political and Economic Reform on India’s Federal System. New Delhi: Sage Publications.

Professor Lawrence Sáez is Professor in the Political Economy of Asia in the Department of Politics at the School of Oriental and Asian Studies (SOAS), University of London.  He is also co-director of the Centre on the Politics of Energy Security. He is also a visiting professor at SciencesPo, Paris.  His research is focused on comparative political economy, particularly as it pertains to the challenges of economic reform across different industry sectors in emerging markets.

Professor Sáez is the Chair of the Standing Group on Third World Politics of the European Consortium for Political Research (ECPR).  He is also a member of the World Economic Forum’s India Agenda Council.  Prior to living in the UK, Professor Sáez was an assistant research political scientist at the Institute of East Asian Studies and visiting scholar at the Center for South Asia Studies, University of California at Berkeley.  He was also the associate editor for South Asia at Asian Survey.  He holds a B.A. in political science from U.C. Berkeley; an M.A.L.D. in international relations from the Fletcher School of Law and Diplomacy; and a Ph.D. in political science from the University of Chicago.

One response to “The 2014 Indian Elections and their Impact on the Region: A Talk by Professor Lawrence Sáez”