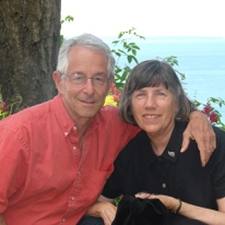 “How can we have peace if we don’t build relationships?” The plea and key to life beyond war emotes from African Ikenna Ezeibe in the new 2012 film, Dialogue in Nigeria: Muslims & Christians Creating Their Future. Ezeibe was among the 200 adversaries — courageous young women and men who united successfully in Jos, central Nigeria, the centre of recent brutal violence that echoed worldwide.

Refusing to be enemies, they were together during days and evenings of the 2010 International Conference on Youth and Interfaith Communication. Crossing lines of religion, economics, tribe, and gender, they transcended the status quo and discovered empathy for each other. Listening-to-learn, they dignified themselves and the “other” realizing that “an enemy is one whose story we have not heard”. Face to face in small circles, they began with ice-breakers and continued in depth, discovering one another’s equal humanity – fear, grief, needs, hopes, and concrete plans for a shared future.

A link to a video of Dialogue in Nigeria on U-tube can be found below:

The filmed success was no accident, emerging from hard-won best-practices from half a world away. Nigerian planners invited facilitators from the 19-year-old Jewish-Palestinian Living Room Dialogue in California, whose hundreds of inspiring outreach endeavors resulted in films like:

“This is what we need in Nigeria,” thought the Jos educator and convenor, Emmanuel Ande Ivorgba, living in the midst of seemingly intractable controversy and unspeakable brutality. The African innovator shepherds the Jos-based host New Era Educational and Charitable Support Foundation.

Nothing replaces face-to-face relationships – neither armies nor treaties, not intellectual analyses, diagnoses, theories, or peace education. Authentic change begins at the heart, without which fear disables creativity and limits the brain to rationalizing old thinking and mean acts in the illusion that there is somehow individual survival. Eye-to-eye engagement transcends our human default setting of “taking sides.” Understanding expels ignorance. Intimacy replaces disengagement, transforming fear to trust and releasing unprecedented creativity for the good of all. The means are the ends in the making.

We need stories to re-direct history

“People become the stories they hear and the stories they tell,” says educator Elie Wiesel. So change requires (1) doing it and (2) telling the story of our human successes. This is the full meaning of the spectacular 2010 Nigerian engagement of Muslim and Christian women and men. It is the principle behind the hard-won creation of the 2012 documentary, Dialogue in Nigeria, and why it is not sold but gifted and mailed from its website cost-free to any bridge-builder on Earth who will use it. Surprise and concrete hope appeared when DVDs were requested in the first three months from 46 nations including many military bases.

The Nigeria-USA conference-facilitation-film project is what cooperative, direct peace can be. Principles of engagement proved to be universal – exportable between continents, nations, cultures, religions, schools, families. Nigerian-US co-facilitation avoided imposing, but simply made activities easy for all. Creating the film required Nigerian videographers and transcribers, teamed with American editors. Today, the story lives for all humankind on both Nigerian and US social media and on DVD to instruct others to replicate fruitful contact on the road to creating our better global community – one, neighbors forever.

The grassroots volunteer facilitators, two practical people – garden-variety citizens – traveled from California to Nigeria unknown to them, fully understanding that “faith is not sitting down on a chair that isn’t there.” Behind them was thirty years as average citizens simply willing to help bring together “enemies” including Soviets and Americans, Armenians and Azerbaijanis, and for two decades Palestinians and Israelis – Muslims, Christians, and Jews.

2010 in Nigeria affirmed their experience-based faith that “the soul’s oldest memory is of union, and the soul’s deepest longing is for reunion.” This is the closing message of the 2012 film and should jettison the reader to promptly invite people into small circles – the beginning of the end of war. Larger circles and governments will follow.

Libby and Len Traubman are long-time peace activists and have co-produced the new 2012 documentary, Dialogue in Nigeria Muslims & Christians Creating Their Future. This article appeared on the Insight on Conflict Blog and has been reproduced here with Libby and Len’s permission.